Businesses across the UK have all felt the impact of the Covid-19 Pandemic and many cities have seen closures of businesses, however, some have seen an increase in business openings. A study by UENI[1] found that out of 22,000 business sampled, approximately just 7,205 were launched by females.

Last year, we released a list of the best UK cities to start a business for women in 2021 and, in light of restrictions ending and businesses opening back up, we’ve now updated this list for 2022.

The British Business Bank found that for every £1 of venture capital investment in the UK, all-female founders  get less than 1p where all-male founders get 89p[2]. Just 32% of UK businesses are female owned, and 17% of those are founded by women.

As many women are still struggling to break through the glass ceiling, our index considered where is the best city for women to succeed based on:

To help find the best places for women to set up their business, Dojo further developed the index by looking at the following data points:

See a breakdown of the top five UK cities for women to start a business and the complete index below. 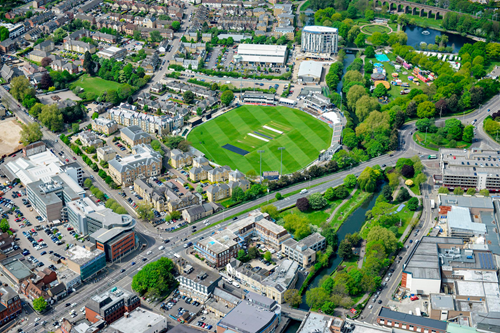 Chelmsford has been ranked as the best city in the UK for women to start up their own business. Known for being the first city in Essex, Chelmsford benefits from having a strong five year survival rate for businesses with 40% of businesses set up in the region lasting for a minimum of 5 years. In 2019 the city was labelled as the best place to live in the UK thanks to its diverse and improved  range of services in the city.

36% of females in the region are self-employed, one of the highest percentages in the index, showing the potential there is in the city for female entrepreneurs. The city in Essex scored a total index score of 65 out of 100 making it the best city in the uk for women to start a business! 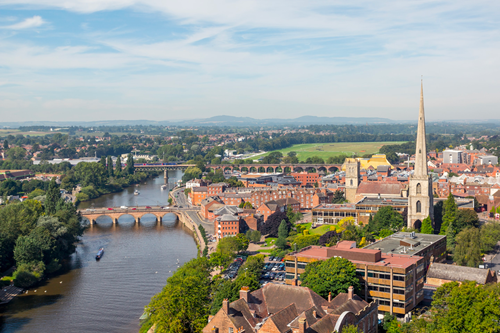 Worcester, situated in the West Midlands has been ranked as the second best city in the UK for women to start a business. Similar to Chelmsford, 40% of Worcester’s female workforce are self employed. Whilst working in the city you can expect an average weekly income of £568.70, ranking 18 out of 44 in the average weekly pay index.

In 2020 Worcester announced that tourism contributed a total of £179 million to the city’s economy, highlighting the wealth of opportunities for those wanting to open their business in the city. From gift shops to bakeries and restaurants, tourists love to soak up the local goods and services to take a piece of their trip home. 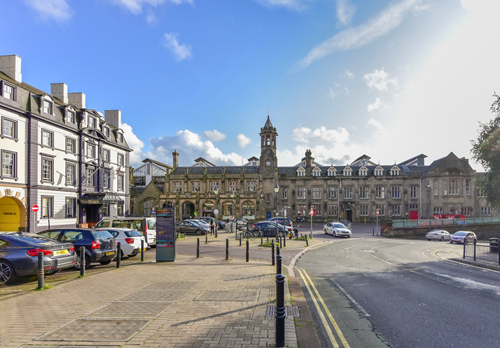 Finishing off the top three is Carlisle. The City of Carlisle is located on the Scottish borders and is the third best city in the UK for women to start a business. With an overall index score of 61 out of 100 the city has a 5 year survival rate of 38%. Office floor space in Carlisle costs an average of £98 per m2, making the costs of setting up a business lower compared to other cities in the UK. 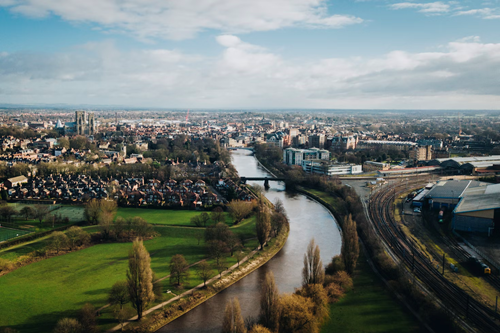 The Cathedral City of York situated in North Yorkshire has been ranked as the fourth best city in the UK for women to set up a business. York is championing women owned businesses in the region with its MPWR group which strives to support female-led businesses through events and sharing valuable information.

Businesses in York have 46% survival rate, the highest in the index, meaning women looking to set up a business in the city can operate their business with more confidence in their business plans and operations. Overall, York scores a total index score of 61 out of 100! 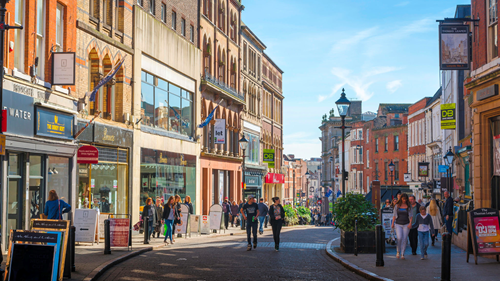 Known for its history of innovation and History, the city of Derby finishes off the top 5 best cities for women to start a business in. The city has one of the cheapest office floor space values, at £70 per m2, meaning the costs of starting a business in Derby are lower, making the city a more attractive option for women entrepreneurs. Additionally, the average weekly pay in Derby is £709, the highest in the index.

Derby is one of the UK’s most central cities, with close proximity to the Peak District and the perfect place for a cultural trip without breaking the bank. The provides business opportunities as tourism in Derbyshire and the Peak District contributes around £2.5 billion annually to the economy!

We spoke to Liberty Myers, the owner of The Fuddle Box Co in Derby about being a female entrepreneur and her thoughts on the glass ceiling and gender pay gap. 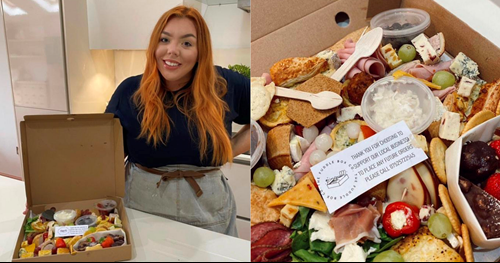 What is the name and purpose of your business?

How long has your business been operating for?

I set up the Fuddle Box within the first lockdown. My family has a cafe within Derby City Centre and like many other businesses, it was forced to close. I noticed people still wanted to be eating out, however as it wasn’t feasible, I knew there was a gap in the market to bring food to them that wasn’t just the standard greasy takeaway.

What are your tips for women starting up a business?

My key tip would be don’t think to yourself you have limits. As a woman in the business industry it's often expected to outsource a lot of our requirements or to ‘need help’ whether it be for DIY, accounts, planning or something that isn’t within our niche market. Educating yourself to be as self sufficient as possible is something I quickly learnt. There's a lot of free key information out there online or accessible via other small business support groups and I think using this to educate ourselves can be super helpful.

Is there still a glass ceiling? What can be done about it? What are your thoughts on the gender pay gap?

I feel like any industry does have limits but it also depends on how we adapt to this. After lockdown where I mainly focused on grazing boxes and trays, things began to open up again and at home orders significantly dropped. I also noticed people began to have more parties, socialise more and even have corporate events which were previously on hold, seeing this I knew I had to change the way I worked to suit. I began offering grazing tables which worked well for many different occasions that people had been deprived of celebrating for the past year or so and this significantly boosted my sales. Although we have limits we can also adapt to succeed the best in our surroundings.

In terms of catering. grazing is a a very woman dominated market so the gender pay gap doesn’t significantly affect me, I also am able to set my own prices and have belief in my abilities and skill enough to be firm on these, however I know for some people this can be daunting and I can imagine it would be even harder to be in a male dominated industry such as tech or engineering and to balance getting taken seriously and being valued for your pay.

Ranked: the best cities in the UK for women to start a business

If you're looking to start your own business and need help accepting card payments securely and efficiently from your customers, see how Dojo card machines can help.

Each element has been assigned a weighted value that contributes to the final index score. The index scores for each city were then ranked to reveal the best cities for women to start a business from.