The UK’s most improved cities

How quickly is your city evolving and pushing for change? The Dojo community change index.

Cities are constantly evolving. Whether that means investing in community groups to give the residents a sense of belonging, focusing effort on reducing CO2 emissions to futureproof the quality of life for its citizens, or encouraging new businesses to set up shop to bring in jobs and economic growth. There are always new improvements to be made.

But which UK city has done the most for its residents in the past few years?

At Dojo, we always have our finger on the pulse of which areas are experiencing growth to ensure we support any new businesses that may open there. So, we have pulled together the following data to find out exactly which UK city has undergone the most positive and significant changes in recent years.

We looked at historical data collected between 2014 and 2020 for 62 of the UK’s most densely populated cities to work out the rate of change around cost of living, environmental impact and access to technology. More specifically the below ten data points:

Each point was scored equally, and the final results were converted to a score out of 100 to help us find out which city has made the fastest progress in the areas scored overall. So, without further ado, let’s see who made the top ten. 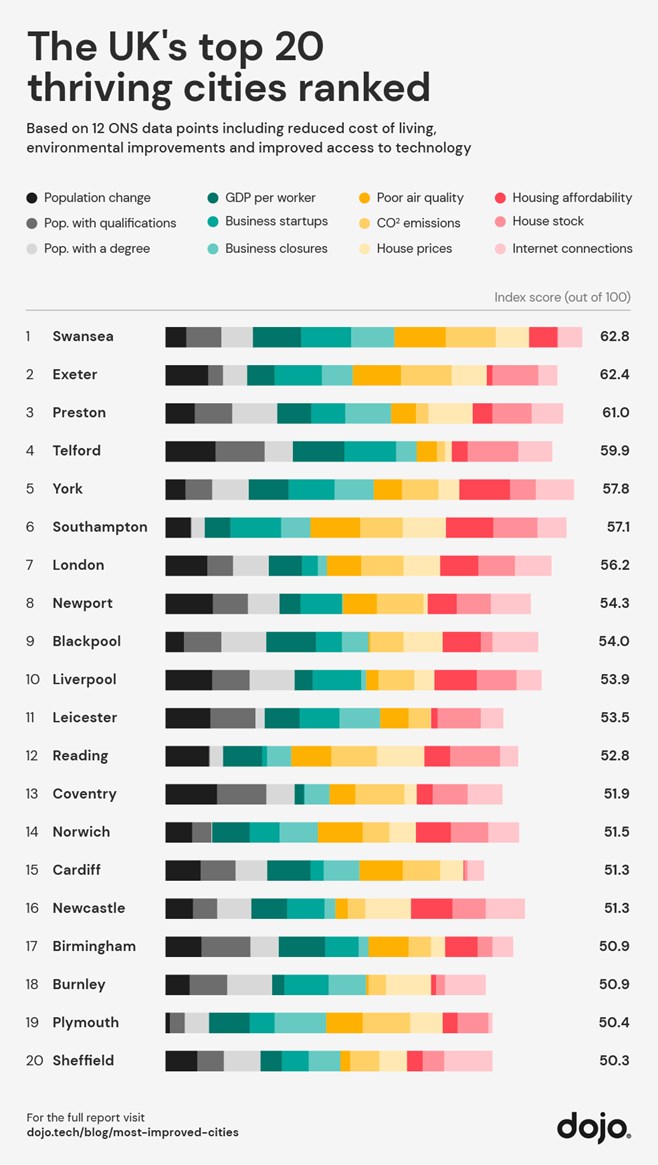 Swansea has the cleanest air out of any of the top ranking cities, with the number of days a year with poor air quality decreasing by 21 days from 2018-2019. But it’s not just the air that’s great quality: house prices haven’t changed too drastically, and the GDP per worker has increased by 12.88% since 2015. The population hasn’t seen much of a boom, with just a 1.8% growth between 2015 and 2019, so the current residents are truly reaping all the benefits. 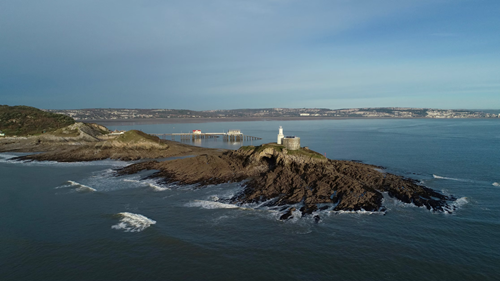 Exeter comes in second, with a 20.67% increase in business startups

Representing the South West, Exeter is the UK’s second most improved city. Its population has grown by 3.23%, so many have evidently noticed the positive changes and made the choice to make it their home. With a 20.67% increase in business startups, an 11.61% increase in UK born residents with a degree or equivalent qualification, and a 26.67% decrease in CO2 emissions per capita, it looks like the changes are only just beginning in Exeter. 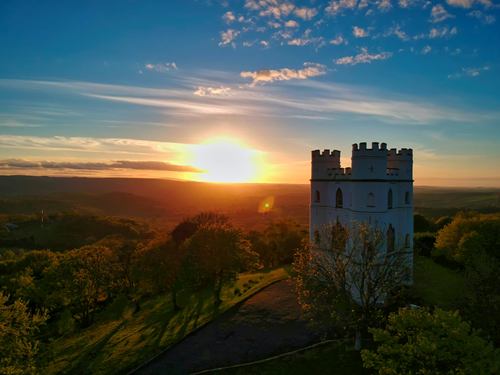 Preston has the biggest decline in business closures of any city on this list. 1.22% fewer businesses closed in 2019 than in 2015, and there was a 4.78% increase in business startups in the same time period. There has been a huge 18.34% decrease in the number of UK residents without a degree or equivalent qualification, and a 61.18% increase in 30+ Mbps internet coverage. Yet despite this, house prices have only increased by 8.77% since 2016. It’s a good time to be in Preston. 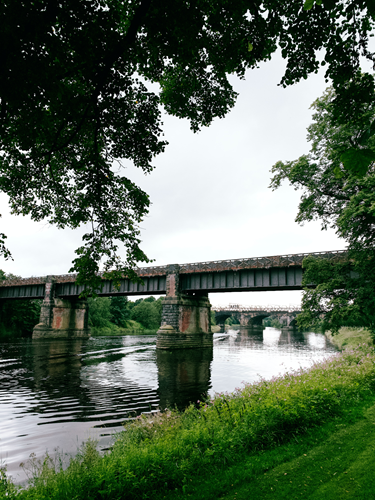 With the largest population increase in the top ten, Telford is experiencing a boom like no other. The West Midlands city has seen a 68.73% increase in business startups since 2015, and an 8.77% decrease in CO2 emissions in the same time frame. There has been no change in the number of days with bad air quality since 2018, but there has been a 17.54% increase in house prices, so it’s fair to say Telford is in demand.

With only a 3.71% increase in business closures compared to the 12.47% increase in startups, the business landscape of York is growing substantially. The CO2 emissions from the city per capita have decreased by 13.33% since 2015, and the GDP per worker has increased by 10.33%. The mean house price has gone up by 14.5% since 2016, but judging by the improvements in recent years, this may be the lowest it will be for a while.

Southampton is the UK’s sixth most improved city

With one of the largest increases in business startups since 2015, at 34.59%, Southampton is doing a great job of implementing positive changes for its residents. There has been a 14.63% decrease in CO2 emissions, and a huge decrease in the amount of days per year with poor air quality - down to 34 in 2019 from 52 in 2018. What’s more, house prices have stayed fairly stable, only increasing by 9.31% since 2016.

The improvements aren’t slowing down in London

As the country’s capital, and therefore the recipient of a great deal of funding meant specifically to improve it, London was bound to make it into the top ten of this index. The city has made huge efforts to become greener, with a large decrease in CO2 emissions (14.63%, just like Southampton), and nine fewer days of poor air quality per year. Finally, as you may expect, house prices have increased by 12%, and there is a larger than average amount of business closures, with 89.3 businesses closing per 10,000 people in 2019.

Education levels have risen by nearly 20% in Blackpool

While the number of days with poor air quality per year went up by six between 2018 and 2019, Blackpool has one of the lowest mean house prices of all the top ten cities at £165,679. The city also has the highest increase in internet coverage, with a 86.36% growth in the number of connections subscribed to a +30 Mbps network. The GDP per worker is also among the highest, seeing a 16.03% increase between 2015 and 2018. The Pleasure Beach isn’t the only thing to visit Blackpool for.

There has been a 21.95% increase in business startups in Liverpool

Bringing up the rear for the top ten most improved cities in the UK is Liverpool. The North West is obviously doing something right, as this is the third city from that region in this list. Liverpool has the second highest population growth, with an increase of 3.69% since 2015. Despite this, it has maintained a steady decrease of CO2 emissions, with an overall decline of 13.04% in that same time frame. The city has solid internet coverage, with a 54.60% increase in +30 Mbps connections, and the mean house price is £151,508.

How small businesses can help grow the local economy 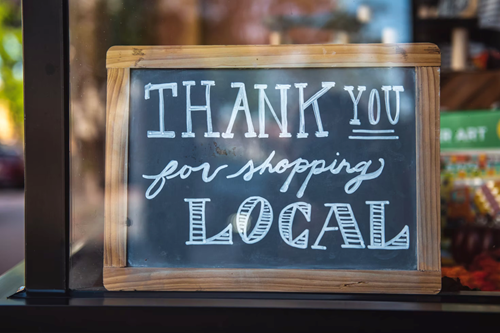 If you own a small business, or are thinking about starting one, your addition could be invaluable to the local economy and community relations in your city. There are various things you can do as a small business to bring in customers and build collaboration and community around your brand. Here are some of the ways we find to be the most effective:

1. Join a community board

Whether you are in the arts, business, or technology sector, joining a community board can help you network with influential people in your area, and get your SME off to the best start.

Collaborating with other local businesses is a great way to get involved with the community and show that you care about the local economy. It helps you and it helps them: what’s not to love?

Becoming a part of the community is not a passive action. Make sure you interact with customers both in person and online, and encourage them to do the same. Don’t be too ‘salesperson’ with it, just focus on the shared interests and community spirit of the area.

4. Participate in community events, or host your own

It’s important to be seen in the community you want to become a part of. Open a stall at the local fair, host open mic nights, or start an annual charity event. Anything that people can come along to that gives them cause to remember your business is great.

Once you have established yourself within your community, your business will become a valuable addition to the local economy and bring the city, and you, countless positive changes.

Dojo can help your small business make a difference

At Dojo, we understand that owners of small businesses often face challenges when it comes to taking payments. That’s why we have created our own way for SMEs to seamlessly take payments and begin boosting their local economy.

Our Dojo Go and Dojo One card readers were created with small businesses in mind, completely innovating the payment space for SMEs. We’ve made taking payments simpler than ever, so that you can focus your energy on building a great community.

The index has been calculated using 10 metrics, each one scored out of 62 with a total index score being out of 744, which was then converted to a score out of 100.