The world is becoming more aware of the necessity of accessibility. In fact, it’s now estimated that around one billion people around the world live with some form of disability[1]. So, whether it’s through providing ramps, automatic doors or Braille signage, there is always work to be done to improve accessibility for disabled people so that everyone can enjoy different spaces.

As a card machine payment provider for small businesses across the UK, we also wanted to provide tips and advice to help smaller businesses become more accessible for their customers.

The most accessible cities in the UK 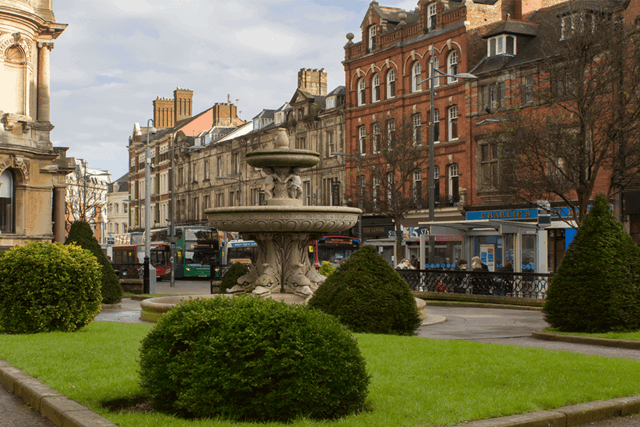 According to the data collected, Wolverhampton takes the top spot of the most accessible city in the UK. The West Midlands city scores highly on the percentage of pubs and cafes that are wheelchair friendly (71.6% and 55.7%). Although when it comes to staying overnight, only 16.7% of hotels have facilities for disabled guests so you will need to do some research to find accommodation that will suit your needs. If you’re just visiting for the day, finding disabled parking should be easier as 84% of the parking spaces in the city are accessible - the highest on our list.

Wolverhampton BID (Business Improvement District) has also secured £308,300 for an accessible city for the next five years with the main aim of reducing any barriers to customers and visitors to encourage them to stay longer[2]. 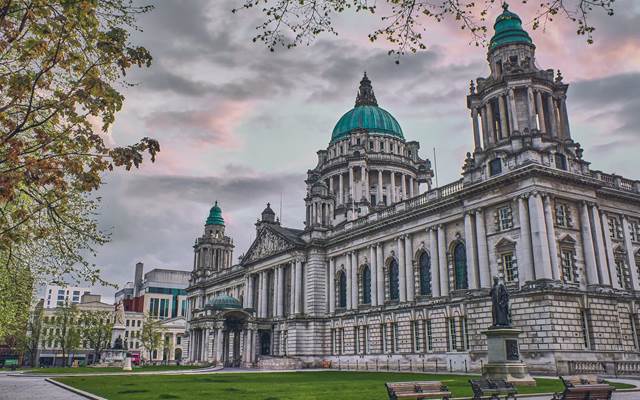 Belfast is fast becoming a popular city break destination thanks to its range of historic landmarks and vibrant nightlife.

Belfast has the second highest percentage of wheelchair-friendly restaurants out of the cities we analysed - standing at 36.2%. Northern Ireland’s capital has more accessibility friendly cafes and pubs than other cities, with 52.9% and 45.9% respectively. It is also the fourth-best UK city for wheelchair accessibility in terms of things to do in the city, with 73 options. 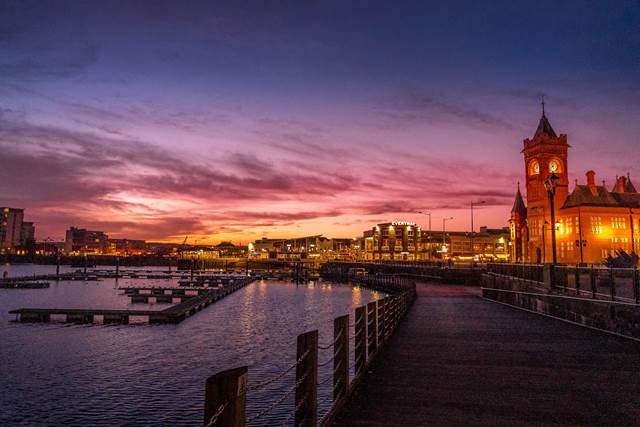 Across the Irish Sea is Cardiff which joins Belfast at joint second, and scores highly across the index for overall accessibility. Cardiff scores the highest on the percentage of pubs with wheelchair accessibility (70.1%) and the percentage of accessible parking spaces available (82%). Cardiff also offers 42 accessible options in terms of activities and things to do in the city.

Cardiff strives to make the city accessible to everyone who is working and living in the city and has set out an equality and inclusion initiative from 2020-2024[4].

The UK cities with the most accessible restaurants

According to the data collected from Tripadvisor, Leeds takes the number one spot of the UK cities with the most wheelchair-friendly restaurants, with almost half (41.2%) of its 1,723 restaurants offering wheelchair access. Belfast and Wakefield round off the top three best cities for wheelchair access in restaurants with 36.2% and 34.4% respectively.

The UK cities with the most accessible pubs

With 76.9% of its 91 pubs being wheelchair friendly, Coventry is the place to be if you want to enjoy a pint with friends. Wakefield and Wolverhampton closely follow this with 71.6% of their pubs providing accessibility options.

The UK cities with the most accessible cafes

There’s nothing better than relaxing with a coffee and a sweet treat. Wolverhampton takes the lead again for highest percentage of cafes that are wheelchair friendly (55.7%). Similarly, for those in the Midlands, Coventry and Derby also offer wheelchair access in over half of their cafes. 54.9% of Coventry’s 91 cafes and 53.5% of Derby’s provide their customers with accessibility options.

The UK cities with the most accessible hotels

When exploring a new city, finding the perfect place to get some rest before heading out and exploring is essential. Our study discovered that almost a quarter of Newcastle’s hotels have appropriate facilities for disabled guests, ranking them the highest in the UK. Belfast and London ranked next highest, making them potential options for a city break. In Belfast, 22.2% of the 90 hotels analysed are accessibility friendly and 418 (21.6%) hotels in London have facilities for disabled guests.

The UK cities with the most accessible things to do

Attraction accessibility can range from physical, sensory or communication access. Our study discovered that London is the best destination in the UK for inclusive activities and attractions. For those visiting the capital city, they have a choice of 511 accessibility-friendly things to do - including the world-famous British Museum, London Zoo and London Eye. In second place is Edinburgh which has 90 accessible attractions across the city. Completing the top three list is Manchester which offers 85 accessibility-friendly activities around the city.

The most accessible cities in the world 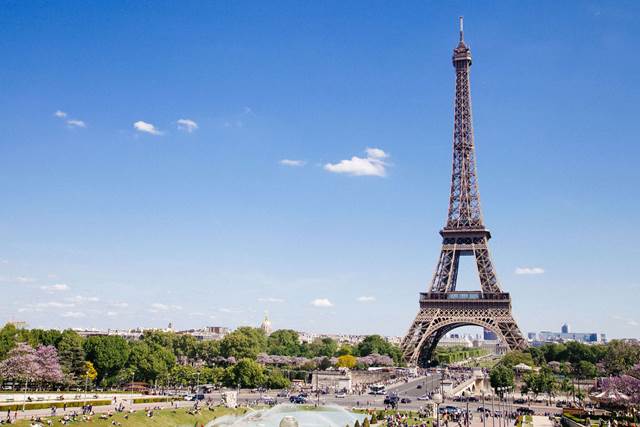 The French capital and the city of love, Paris takes the number one spot as the most accessible city in the world, according to the data analysed. Paris is most often associated with its exquisite cuisine, so visitors won't have to miss out on indulging in tasty French delicacies as Paris scores the most highly out of the cities analysed across the board for cafes (41%), restaurants (26.9%) and pubs (33.5%) which are wheelchair friendly. There are also 309 wheelchair-friendly sightseeing spots and activities to do and 74% accessible parking spaces around the city. 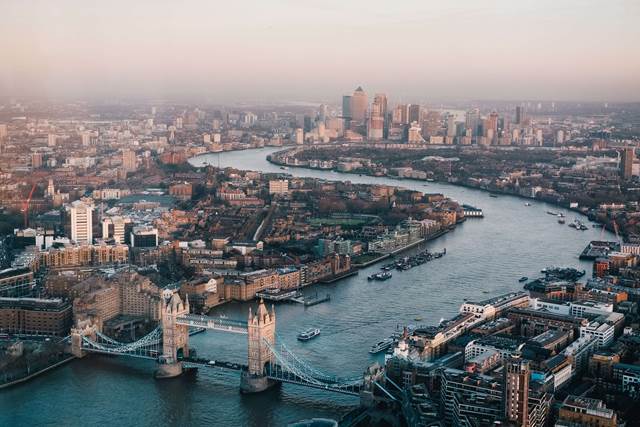 In second place for the most accessible city in the world is London. If you’re looking for an action-packed weekend, the capital city offers 511 things to do with wheelchair access. Whether you want to enjoy a classic pint in a traditional quaint English pub or feast on a scone and jam in a cafe, London scores the second highest in our ranking for wheelchair accessibility in both (45.5% and 36.5% respectively). 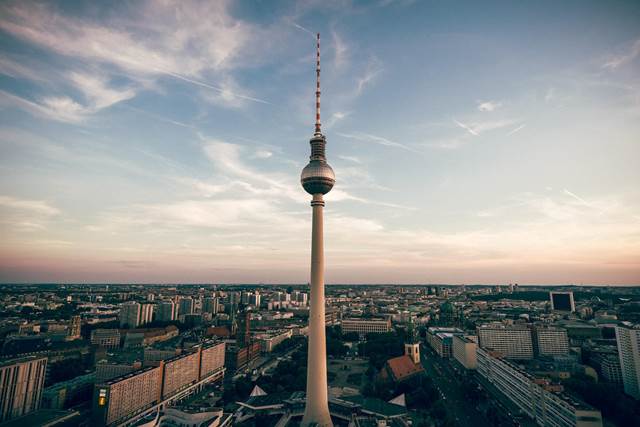 Rounding off the top three list is Berlin. Dubbed one of Europe’s most accessible cities, Berlin is a champion for accessibility for all and has even won the Access City Award in 2013 for its efforts in becoming more accessible[5].

There are over 172 wheelchair-friendly things to do, 53.8% of hotels have facilities for disabled guests and 58% of the parking is reported to be accessible.

The global cities with the most accessible restaurants

According to the data, Rome, Italy is the global city with the most wheelchair-friendly restaurants (40.3%), closely followed by Paris, France (26.9%) and Lima, Peru (26%).

The global cities with the most accessible pubs

After a long day there is nothing better than a trip to the pub, and where better to sip on the perfect pint than London. The UK capital is named the global city with the most accessible pubs (45.5%). Rome, Italy makes it to second place with 41.2% and Paris, France rounds off the top three list at 33.5%.

The global cities with the most accessible cafes

As the home of espresso, you can see why cafes are very important to Italians in Rome. Just over 50% of the city’s cafes are wheelchair-friendly which means that finding a café in the capital shouldn’t be hard. Paris, France ranks in second with 41% of their 1083 cafes across the city being wheelchair friendly. Tea lovers can rejoice as London takes third place. However you take your brew, 36% of the city’s cafes can accommodate your accessibility needs.

The global cities with the most accessible hotels

Visiting Berlin has never been easier as over 53% of the German capital’s hotels have facilities for disabled guests. Ankara, Turkey (48.5%) and Beijing, China (47.3%) also rank in second and third place for accessibility-friendly hotels.

The global cities with the most accessible things to do

Our study revealed the cities around the world with the most accessible businesses. However, as the report shows, often under half of amenities are not accessible and there is a lot that needs to be done to improve inclusivity within these spaces. So how can small businesses ensure that they have the right measures in place to be accessible?

Here are some top tips on how your business can be more accessible:

These tips are very much just a starting point in terms of improving accessibility within your business. Google is a great resource to use to find small, within budget ways to make your business accessible for all. VisitBritain also has some great free resources and guidance available for businesses, especially those in the tourism industry, which you can find here.

As a business owner, it’s your obligation - both legal and moral - to make your premises as accessible as possible for those with disabilities and accessibility needs. This can include anything from providing safe wheelchair ramp access or supporting individuals in the workplace with tailored provisions.

There are several legal requirements that you should be aware of as failing to meet your accessibility obligations can have serious legal consequences - so don't put it off.

The Equality Act 2010 made it a requirement for all organisations to show they are taking 'positive steps' to remove 'barriers' that individuals face due to their disabilities.

For your actions to qualify as 'reasonable’, you need to take into account factors such as:

Employers must make reasonable adjustments to make sure workers with disabilities are not substantially disadvantaged when doing their job.

Reasonable adjustments could include:

Choosing the right card machine for your business

At Dojo, we understand that not all businesses are the same and have different needs. However, all businesses do need to make sure they can take payments, so it’s important that small business owners take the time to understand which type of card machine they need. We help businesses across the UK with card payments, making it easier to process takings securely.

Data was gathered from multiple sources to determine which city was the most accessible:

The Best Cities for Business Tourism

A guide to food photography: Tips and tricks for restaurant owners